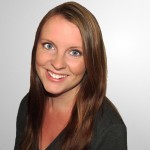 Do You Hate Me?

For the National Post's Donna Laframboise, the question is rhetorical

“Feminism can come to men’s rescue,” Donna Laframboise scribbles in her notepad. “Honestly?” Laframboise and I are here, along with a couple of hundred people gathered at the University of Toronto to hear Susan Faludi, one of the grand dames of feminism, speak. Faludi, author of Backlash and self-described “dame in shining armour,” is talking about her new book Stiffed. It’s a miserable, cold, rainy October evening, and the lecture doesn’t lighten people’s spirits. The audience stares blankly as Faludi discusses how feminism can help teach men about defining gender roles. She talks about how Sylvester Stallone feels trapped in some form of the feminine mystique (this does get a chuckle). Laframboise sits with a microcassette recorder on her lap, alternating between furiously writing down her observations – “dismisses any responsibility of feminism for anti-male ethos” – and looking bored, with one hand on her cheek. This is the first time the 36-year-old with the blond bob and pink lipstick has seen Faludi, but Laframboise has, in her book and in her newspaper column, written critiques of Faludi’s earlier work. Now, with Faludi promoting this “let’s look at how men feel” idea, it seems that the two women might share some ideological ground. Or not. Leaving the lecture, Laframboise says, “I can’t wait to see what Michele Landsberg has to say about this.”

But Laframboise has got her own article to think about – after years of freelancing, she has landed herself a newsroom cubicle. As a full-time feature writer and, as of January 10, a biweekly columnist for the country’s third-highest circulation paper, Laframboise writes pieces that land on almost 300,000 Canadian doorsteps daily, and she’s done it her way, baby. She’s never cared for rules. “I just don’t think it’s ever a good time to shut up and toe the line on anything.” And it’s her opinions on things like the women’s movement, domestic violence and the keep-your-legs-crossed-and-get-yourself-a-man-types that have landed her outside mainstream feminist circles.

Ah, to be a backlash babe. In the past decade we’ve seen a flood of dissident women saying the movement ain’t what she used to be, women who’ve grown up in the wake of the second wave and who are ready to make a few ripples of their own. Laframboise is one of the new dissident order and one controv

Sex and the City Desk

Q:After dating this woman for a couple of months, I began to suspect that she was a bed wetter. Is...