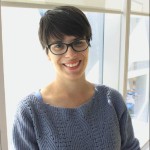 Erin Sylvester is the head of research for the Spring 2016 issue of the Ryerson Review of Journalism. Her work has appeared in several publications, including the Calgary Herald and the Torontoist.

Indigenous journalists are tired of seeing their communities reduced to stereotypes. The job ahead: change the narrative and tell truer stories

Indigenous journalists are tired of seeing their communities reduced to stereotypes. The job ahead: change the narrative and tell truer stories

Leaving The National after 28 years won’t be easy—but Mark Harrison is ready for a new challenge. Harrison, now the former executive producer of The National, is taking over the health unit and the growing science and technology unit at CBC. He says the decision to leave CBC’s flagship nightly program was a personal one, […]

The importance of enunciation

Did “d” or didn’t “d”? That’s the question Canadians are asking themselves today about Saskatchewan MP Tom Lukiwski’s victory speech on October 19. In the speech, he refers to the provincial election coming up next April and puts his support behind the Tory candidate, who he says is “too important of an MLA to let go down to […]

I sat in a heart surgeon’s office, waiting to ask what it’s like to touch a beating heart. It’s not every day that you get to put such questions to people, even as a journalist. But this summer at the Calgary Herald, my editor assigned me to a project called What’s it Like? The idea […]