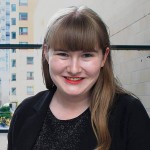 Elena is the chief copy editor of the spring 2016 issue of the Ryerson Review of Journalism.

André Picard eschews the hype, pandering and pseudo-science that plague his beat

André Picard eschews the hype, pandering and pseudo-science that plague his beat

Feeling sleepy? In case you couldn’t tell from your Twitter feeds or small-talk interactions this week, it’s daylight saving time again. It’s a yearly ritual each spring: set your clocks forward an hour, complain about how tired you are and, for journalists, write yet another story on the subject. For the past few days, outlets have […]

New CBC guidelines address verbal sexual assault during live hits, but one recommendation might let harassers off the hook

CBC Montreal reporter Tanya Birkbeck was operating her own camera and interviewing a jersey-clad football fan in front of the Percival Molson Memorial Stadium in downtown Montreal. What happened next would leave her feeling violated. A young bearded man wearing a baseball cap, sunglasses and black hoodie approached, stared straight into the lens and yelled, […]

Vivian Smith discusses the challenges of being a woman in journalism

For young reporters, journalism is a game of chicken. You can swerve away early, taking a relatively cushy job in public relations, but if you wait too long to jump ship, you might find yourself without a job at all. It’s hard to think about anything other than survival. That’s a metaphor that Vivian Smith […]