When it comes to style guides, what's in a change? 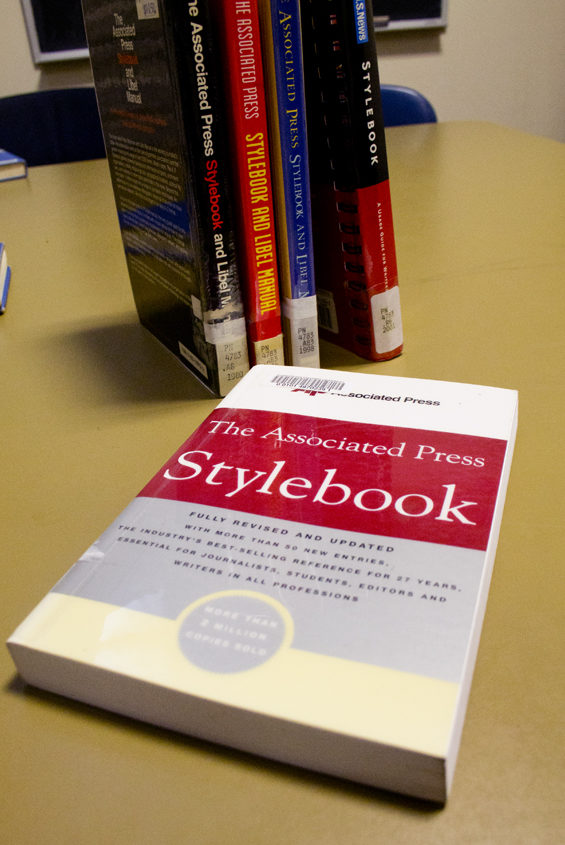 While readers may not notice a publication’s stance on the serial comma or whether it spells smartphone as one word or two, these minutiae are all painstakingly detailed in newsroom Bibles: the style guides. In the case of Canadian newspapers, one of these is likely the CP Stylebook; another is the house style list, assembled by editors and copy editors, and representing what Toronto Life executive editor Angie Gardos calls “a living, breathing, ever-evolving work in progress.”

The style guide was uncharacteristically thrust into the spotlight last November, when The Associated Press Stylebook, widely used in the U.S., decreed of “homophobia” (and “Islamophobia”) “Do not use in political or social contexts.” The rationale, as AP deputy standards editor David Minthorn explained to Politico, is that these terms are inaccurate and imprecise. He suggests journalists use “anti-gay” or “bigoted” in place of homophobia, because it resembles an unreasonable hatred toward homosexuals, rather than fear, which is evoked by “phobia.”

Michelle Higgins, Toronto Life copy editor, says of this explanation: “I can see the argument they’re making in terms of accuracy, but I don’t know if outright banning it is the right way to go. I think people can take it too far as well, in terms of being politically correct. You’re walking a fine line.”

AP’s decision prompted strong reactions, many of them angry. Slate, The Huffington Post, and Politico, among others, critiqued the call, and so did their readers. One The Huffington Post commentator summed up the backlash well: “‘Homophobia’ has been a perfectly good English word for half a century, precisely because it connotes a meaning that is not well expressed by other words or phrases. There are folks who claim to be ‘anti-gay’ not because they are ‘homophobic’ but because they are ‘pro-family.’ Whether this claim is rational or not, the fact remains that ‘homophobic’ conveys a unique meaning to the speaker and the listener in that statement—one that would be obscured by the ‘fixes’ proposed by the AP.”

The fuss over AP’s “fix” obscured the fact that there’s a thoughtful process behind these sorts of changes. According to Gardos, editors keep in mind issues like common usage and “the shortest, most economical approach” when considering changes to their style guides. This was the case when Toronto Life’s editorial team was deciding on a term to refer to the gay and lesbian community.

“Recently, we talked about whether to use LGBT or LGBTQ, seeing as it’s being stringed longer and longer to now LGBTTIQQ2SA. You can’t be all-inclusive; you’re always going to alienate somebody who’s going to feel left out,” she says. “In most cases, we probably avoid that acronym altogether because it’s just not very reader-friendly.” (The magazine decided on LGBT.)

The debate has also come up at the Toronto Star, sparked by a reader complaint to the Star’s public editor. “You could talk about so many categories when talking about gays and lesbians, and it’s especially coming up. Some say ‘transgender’ and ‘transgendered,’ for example,” Jon Ohayon, the Star’s team editor in features, says. “We definitely do consider the consensus on how a queer wants to be called.”

Ultimately, the goal of style guides is to use neutral, inclusive language that isn’t offensive to readers, yet is clear, concise, and easily understood. But each publication has a distinct readership, which is where an in-house guide comes in, to represent its distinct voice. The Walrus, for example, capitalizes “aboriginal,” when most major publications leave it lowercased. (“The Walrus capitalizes those things as recognition of respect and peoplehood, and reflecting what is becoming more and more common in the ways in which people refer to themselves,” explains managing editor Kyle Carsten Wyatt.)

Where does AP stand on this issue? It seems to favour LGBT, but recognizes GLBT and tolerates LGBTQ. Its primary advice regarding their use is all business: “The abbreviation should be spelled out on first reference.”

Style guides will continue to be updated, as decisions regarding the appropriate language and terminology come up for publications. As the feedback and reaction to the AP’s changes demonstrates, they won’t be taken lightly.

In 1981, the Federal Communications Commission deregulated radio in the U.S. and changed the character of American stations. Among the...

Hi Gloggers. I’m your scarey moderator Bil asking what frightens you.” It’s a November evening in the newsroom as Global...