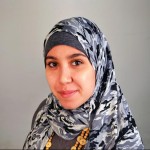 Going to Sochi? Leave your phone at home: advice for reporting in Putin’s Russia 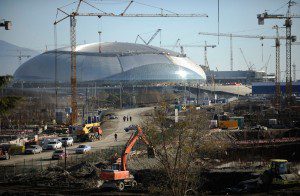 Image via The Atlantic.

With journalists set to descend on Sochi for the Winter Olympics, privacy experts are raising red flags about Russia’s omniscient security apparatus.

As The Guardianfirst reported in October, Russia is “modernizing” its SORM system, which the country’s security agency, the FSB, uses to monitor phone and Internet communications. (The agency does not need judicial approval to use it.) The state has paid “particular attention” to Sochi during this modernization, the paper wrote, adding that the FSB will monitor and archive all communications from foreigners during the Olympics.

Coupled with rampant cybercrime, SORM represents a massive security risk to the thousands of journalists who will cover the Games, which open on February 7.

The advanced data-collection system is “the context within which the infrastructure in Sochi is being built,” says Ron Deibert, director of the Citizen Lab at the University of Toronto’s Munk School of Global Affairs, who has described SORM as “PRISM on steroids.”

Russia is also home to “a very maturely developed cybercrime underworld,” Deibert says, which means that connecting to any public network exposes a user’s computer to malware. “It’s a two-way street: you connect to a network, the network can connect to you.”

These are serious threats to journalists’ notes and confidential sources, which could be compromised if not properly protected. Deibert uses the example of a Canadian reporter working on a context piece about human-rights abuses in Russia and seeking a local source to talk about those abuses. If Russian authorities can track that ostensibly confidential communication, the source could be at risk of intimidation or worse.

Deibert says that email encryption is “a good precautionary measure,” but that it won’t help if a journalist’s phone or computer is corrupted at the source. To avoid that, journalists need to be skeptical about clicking links or opening attachments from unknown sources.

For further protection, Deibert says journalists should heed the advice that the U.S. State Department has given to Americans traveling to Sochi.

“Don’t take your own laptop,” he says. “If you’re going to take a laptop, take a completely empty one that you’ll discard when you get back. Same with your cell phone. Go in without any prior data that will implicate you in any manner whatsoever, or your contacts.”

“We just don’t know to what degree the Russian security services will go above and beyond just collecting information passively.”

Russia has an atrocious track record [in terms of press freedom]. Reporters Without Borders (RSF) ranked it 148th (of 179) in its 2013 Press Freedom Index, while the U.S.-based NGO Freedom House gave it a score of 81 (where 100 is the worst), earning it the understated label, “Not Free.”

As Freedom House reported, the government has reintroduced criminal defamation (carrying penalties of six-figure fines or “up to 12 weeks of forced correctional labour”) and repeatedly intimidated journalists who fail to parrot its talking points. In October, at the request of the government communications agency, a Russian court stripped the Rosbalt news agency of its licence because it embedded third-party videos that contained “obscene language.”

Unlike domestic journalists, foreign reporters are unlikely to become direct targets of Russia’s police and judiciary, Deibert says, but Human Rights Watch reported in November that a Norwegian television crew had been “repeatedly harassed, detained and questioned” by local authorities. And the government recently expelled an American journalist for the first time since the Cold War.

As Cecil Foster talks about his career, the pain in his voice is haunting. During his dozen years in journalism...

Faysal Hussain lies sleeping in his home in Oakville, Ontario, oblivious to the eruptions in the night. Hours later, he...