It's not dead, but it's no longer a print magazine. Marco Ursi tells the RRJ Online about Masthead's move to an online-only format 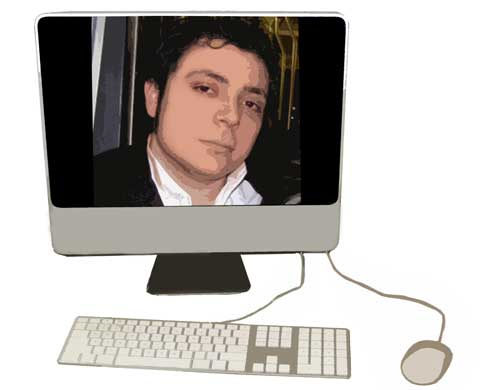 photo courtesy of Marco Ursi and illustration by Morgan Passi

In late October, Masthead magazine, the self-titled “Magazine About Magazines,” announced its demise. Then in December, after receiving a number of requests to keep the magazine’s internet counterpart, MastheadOnline, alive, North Island Publishing Ltd. said it would do just that. The RRJ asks editor Marco Ursi about the switch to digital-only, how magazine layouts can survive online and what happens when his one-man team takes a sick day.

Marco Ursi: The changes have yet to fully manifest themselves. Soon there will be something called the “Masthead Special Report” appearing monthly on MastheadOnline. They’re going to be PDFs of some of our regular features&mdash;such as the Tally, the Top 50 and some of our surveys, such as the Production Survey.

We’ll lay them out in Quark. They’ll look like a magazine. People can print them out if they want, and read them commuting or on the couch or you can read them online, on your screen. We’re going to have ad space within that PDF to continue to find ways to monetize the website.

MU: We’re adding two new blogs. [Circ Without Shame] is about circulation by Stacey May Fowles, who’s the publisher of Shameless and the circ director at The Walrus. She’s one of the young, up-and-coming circ people who has a lot of experience at small magazines. She has a different perspective from someone like Scott Bullock, who wrote “Circ Matters” for our magazine. He comes more from a big-magazine background. Her point of view will be different and interesting.

The other blog is going to be Cover Shots, which was a regular feature in the print magazine, where we lay out two covers side-by-side, and have some art directors, circulators, editors and publishers critique them on their relative merit in both the artistic and sales side.

On missing the print format:

MU: Doug [Bennet, publisher of Masthead] will definitely tell you about the value of holding something in your hands. Graeme Smith [The Globe and Mail‘s chief Afghanistan correspondent] was quoted on J-Source saying, “I don’t get misty-eyed over newsprint.” In some ways, I’m kind of like that. I’m not a print romantic. The web, especially for something like <em>Masthead</em>, works just fine. You get your news, information, opinion, analysis. The medium itself … has been around for all of my adult life, so I’m used to it.

On how to present visually online:

MU: We’ve been thinking a lot about how to incorporate stuff like the “Masthead Special Report.” How do you do that online when you don’t have a print magazine to lay it out on a double-page spread? This is the kind of material that doesn’t really work on a blog format, which is essentially our layout style. So how do you present it? That’s where the PDF idea came in. So thinking about things like that, the design of the site, because when you’re adding more things, the question is where do you put it?

MU: [Digital service provider] Texterity has come to us and said, “We’d like to archive the last two years of Masthead into digital editions.” We said sure because our readers get the benefit of having our back issues online and, in digital-edition format, it’s searchable. I definitely like the search function on the digital editions as someone who’s seeking out information sometimes to look for background on a story.

On whether there’s been a shift to a younger audience:

MU: I hope not. Publishers are our audience, first and foremost, people who are in the business of magazines. And editors, of course, are relevant in that they produce the content that makes the magazines what they are. We’re still a business magazine. That said, I know there’s more young people reading because it’s free now and I’ve posted some things on Twitter. But we’re not aiming for a younger audience. We’re aiming for the same audience as our magazine&mdash;people who are in the business of magazines.

MU: I’ve heard while chatting with some people that, in some cases, online ad sales are doing well because the advertisers have cut their costs. “We’re not going to advertise in print but we might be interested in advertising online, since the ads are cheaper there.” There’s also, in general, a shift for advertisers to want to be online because that’s where people are spending so much time. A two-fold thing.

The recession, though, in general, has caused low spending in all advertising sectors. So magazines will feel that.

On the biggest challenge thus far:

MU: Being sick is pretty crappy. I say that jokingly, but if I’m sick, and I’m not able to do the stories, there’s no one else to do them. People have an expectation that there’s going to be at least one news story on MastheadOnline a day. So the week I was sick I had to do second-hand reporting on something from home with a sinus headache.

Five years ago if the editor was sick for a couple of days and there was only a print magazine to worry about, the editor might have gotten away with it. Not anymore.

A Change in the Weather

An empty studio desk at the Weather Network headquarters in Oakville, Ontario never stays empty for long. Within seconds, it...

The Balancing Act of Reporting On Foreign Politics

In the past two months, social media outlets and the news have been flooded with accounts of protests and freedom...