Two-time Olympic medallist Jennifer Heil is used to performing under the lights with her ski goggles and skis strapped on. But this month, as a commentator for CBC’s Sochi Olympics broadcast, the former freestyle moguls skier performed by analyzing the event in which she competed four years ago.

Heil isn’t the only athlete to turn to broadcast sports analysis after retiring. At the Olympic Games in Sochi, CBC will employ more than 20 athletes, some of whom still compete, on its broadcast team. They include gold medallists Clara Hughes, Rosie MacLennan and Adam van Koeverden. As more events are added to the Olympics and the number of TV sports channels grows, so too does the number of on-air jobs for former professional athletes. Many of these ex-athletes are household names and although they have real-world experience and connections to their sport, the broadcast booth presents them with fresh challenges.

Former competitors have been a part of sports broadcasts since at least the 1970s. CBC’s coverage of the 1976 Summer Olympics featured ex-diver Irene MacDonald as an analyst, or colour commentator. CBC had 17 former athletes covering the 2006 Winter Olympics; the CTV-Rogers consortium had 29 in Vancouver in 2010. “Now if you’re an athlete you think to yourself, ‘Oh, what am I going to do? Well, I want to be on-air,’” says CBC Sports senior producer Karen Sebesta. But not just any athlete can walk into a broadcast job. Many have to audition, and even after they’re hired, they go through more training and practice at World Cup events leading up to the Olympics. And sometimes it simply doesn’t work out when former athletes don’t apply the same work ethic to their broadcasting as they did to their sport. 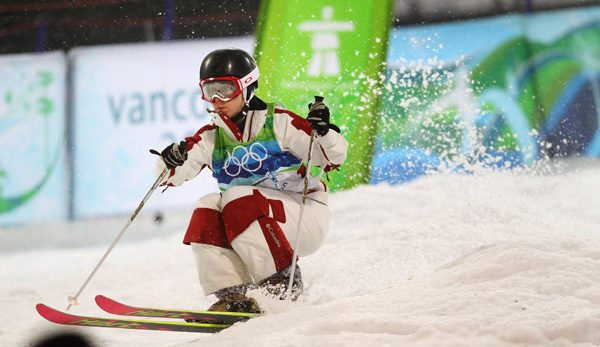 Jennifer Heil, a two-time Olympic medallist, is one of a number of athletes who have turned to sports analysis in broadcasting (PHOTO: COURTESY OF JENNIFER HEIL)

Part of an Olympian’s allure on TV is profile. “Ultimately, in broadcast, you’re looking for some cachet or status,” Sebesta says. “Any Olympian or high-performance athlete who’s competed, that’s good TV or radio.” Producers are always on the lookout for a fresh face. Heil, for example, replaces Veronica Brenner, a 2002 Olympic aerial skiing silver medallist, who analyzed the Olympics in 2006 and 2010.

But Olympians as commentators aren’t just friendly faces. Analysts don’t explain to the audience what’s happening—that’s what the play-by-play caller does; instead, they are responsible for what sports broadcast veteran Scott Russell calls “the why”: an insider’s take on the strategy behind athletes’ tricks or performances, what might be going through their heads and the emotional side of competition. “A non-athlete cannot give you the why,” says Russell, who will host Olympic Daytime in Sochi. “Only the athlete can bring that perspective.” The audience is more likely to trust an analyst’s commentary since he or she has done a spread eagle jump, landed a pirouette or shot the puck. And despite having relatively little broadcast training, many former athletes do the job well: Catriona Le May Doan, a retired speed-skating gold medallist, won a Gemini award for her coverage of speed skating at the last Olympics.

But there are always exceptions. “It’s not always the best athletes that make the best commentators,” says commentator and CBC Sports Weekend host Brenda Irving. “How well you did in your given sport has little bearing on whether you’re going to be a good ambassador for that sport on television or radio.” 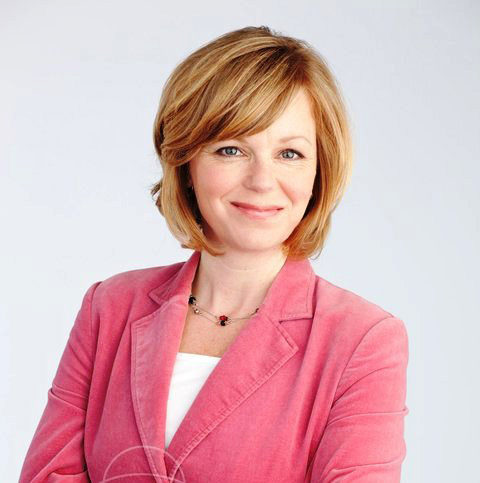 Sure, former athletes are hired as analysts to give their opinion, but they must also stick to the tenets of sports journalism, including being critical and balanced—they can’t simply praise the home team. When athletes underperform, analysts have to be willing to bring attention to it and to talk about why. But former athletes are often intimately connected to a sport’s coaches and competitors, which can threaten their ability to be objective. At CBC Sports reporter Karin Larsen’s first Olympics as an analyst in 1996, she covered her sister Christine’s synchronized swimming silver-medal performance. “That’s probably my most nervous moment in broadcasting because I was nervous for my sister,” she says, adding that she was able to focus on the performance and offer a fair analysis. When Canadian snowboarder Craig McMorris analyzed slopestyle snowboarding in Sochi last week, he had to critique his younger brother, Mark. In December, he told Postmedia News, he was “going to bury the bias” and be “very objective and very fair” and call it how he saw it. He did just that, critiquing fairly when it was needed and getting excited when Mark landed at the bottom of his final run, winning Canada’s first medal of the Games.

On the flip side, fearful of showing any favouritism, colour commentators risk being too harsh in their analysis. Irving says they could easily go either way: not critical enough or too disparaging. It’s a difficult balance. “I think it would be hard for me if I all of a sudden had to analyze the performance of some of my peers,” she says. “It’s kind of a double-edged sword because you want them to be fresh out of the sport in a lot of ways, but the further they are away, maybe the more objective they can be.”

While athletes can bring their connections, experience and profile to a sports broadcasting analyst gig, they also risk appearing biased, uncritical or biting in their work. But until seasoned broadcasters have felt what it’s like to train at a sport for years or stand on the podium as a winner, they’ll never be able to offer what a former athlete can. “There is nothing better when deciding what something means than asking a person who has done it,” says Chris Irwin, executive producer of CBC’s Sochi 2014 broadcast. “A former skier can say, ‘That was a huge mistake,’ whereas, if I said it, people would be able to say, ‘What do you know?’”

This year, The Society for News Design, which recognizes excellence in visual journalism, named Toronto's own The Grid as the world's best-designed newspaper...