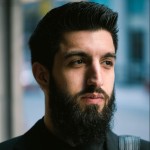 Davide is the blog editor of the spring 2016 issue of the Ryerson Review of Journalism. He also works as an associate editor for the Islamic Monthly. Davide's articles have appeared in numerous publications including Al Jazeera America, The Globe and Mail and the National Post.

Inside the Toronto Star's 17-year fight to expose carding—the investigations, the legal battle and the power of the press to provoke change

Inside the Toronto Star’s 17-year fight to expose carding—the investigations, the legal battle and the power of the press to provoke change.

BuzzFeed’s search for marginalized writers is progressive, not racist

White men effectively control Canadian journalism. But recent events have shown that’s not enough: any challenge to their dominance must be condemned. On February 18, BuzzFeed senior writer Scaachi Koul tweeted a call for longform writers, particularly those who aren’t white or male. This was a commendable step toward breaking down barriers preventing people from entering, and then […]

Journalists are ignoring the real threat to a free press

Canadian journalists have spent the last couple days shooting fish in a barrel and congratulating themselves for it. On Tuesday, The Rebel reported that its journalists were barred from several government events between January 29 and February 3 because Alberta’s department of justice ruled that the publication — started by Ezra Levant — does not produce […]

A Ryerson School of Journalism debate on objectivity misses the mark

Three established figures in Canadian journalism debated the role of objectivity for over an hour at Ryerson University on Monday, and they managed to completely avoid the most important points. The panel, moderated by distinguished Ryerson professor Bernie Lucht, featured Jim Turk, a distinguished Ryerson professor, Ivor Shapiro, chair of Ryerson’s school of journalism and […]

A woman stood before court on Monday to give testimony regarding the alleged sexual assault she survived 13 years ago. She faced an infamous lawyer ready to tear her words apart; unprecedented amounts of media attention, both in and out of the courtroom; and Jian Ghomeshi, the man she accused of punching her in the […]

#BellLetsTalk is an annual event intended to combat stigma surrounding mental illness. Today, social media will be flooded with the hashtag, and Bell will donate 5 cents to initiatives supporting mental health for every tweet, Facebook share, text and call made. You will also undoubtedly see news articles discussing the event and the challenges facing […]

2016 has been a dismal year for Canadian journalists thus far. Every day seems to bring about a new announcement of massive job cuts. I’ve put together a timeline of all of these cuts so far, just in case you’ve managed to forget (or haven’t been able to keep up). This timeline will (unfortunately) be […]

Hashtag decrying the whiteness of journalism trends on Twitter

On Friday night, #JournalismSoWhite trended across the United States and Toronto. The hashtag, a spinoff of #OscarsSoWhite, takes aim at demographic uniformity in journalism. This is a much needed discussion, and one that I tried to add to with my November 2015 article, “The Unbearable Whiteness of Canadian Columnists.” There is more to come from the Ryerson Review […]

Why did coverage focus on Sophie Grégoire-Trudeau’s vocal performance?

Martin Luther King Jr. (MLK) Day is meant to commemorate the life and achievements of the famous civil rights leader. This day often provokes intense debate regarding what King actually stood for, as well as how much (or little) progress has been made in the fight against racism since King was assassinated. These debates often act as […]

Journalists should tell the victim's story

A husband and wife who lived in downtown Toronto both died on December 20, but a CBC article told only one of their stories. A significant chunk of the article described the husband, Robert Giblin: Giblin had served with the Canadian Forces in Afghanistan, Department of National Defence officials have confirmed. In a statement, the DND said Giblin […]