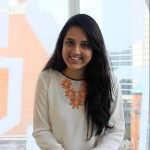 Fatima Syed is the blog editor of the spring 2016 issue of the Ryerson Review of Journalism.

Immigrants and refugees make up one-fifth of people in Canada. Why are so few reporters telling these stories?

Immigrants and refugees make up one-fifth of people in Canada. Why are so few reporters telling these stories?

PMJT is hot. Get over it.

Politics is about perception (and always has been). Official messages are carefully constructed to paint a specific type of picture. It’s the journalist’s job, theoretically at least, to find the flaws and the hidden distortions in that image. But what if the picture is perfect and makes everyone happy? A hot prime minister meets a […]

Why are we still talking about diversity?

“Is it Fateeema?” asked two editors interviewing me in a boardroom much too big for a three-person meeting. I tried to impress them with three story ideas: something about transit, something about local politics and something about immigration. They asked follow-up questions about the third one—How did I think of the story? What are the main issues? […]

We’re looking at the wrong numbers

A StatsCan report released on February 15, 2016 shows how different age groups in Canada consume news and current affairs, and I don’t believe it’s fully accurate. If it is to be believed, then the most popular medium to consume news by those over 35 years is television, who are also leading in newspaper and magazine […]

Journalists on social media are crying to the government to save their profession—is this the only solution?

“Should the government get involved?” It’s a question that’s been floating around ever since Canadian journalism decided to spiral down into a black hole of unemployment and goodbye columns. The argument: the loss of print media will create a void where important stories will go, along with the very basis of democracy—accessible information and accountability. […]

The RRJ is pleased to announce we will now capitalize “Black” and “Indigenous” in all of our stories, online and in print. More details about how and why we made this choice will be featured in our upcoming print issue, which will be out in March 2016.

What’s most important for the Review’s future? You

A note to readers from Ivor Shapiro, chair, Ryerson School of Journalism, and publisher of the Review

Dear readers, After more than a year of questions and discussion about the future of the Ryerson Review of Journalism, our plan’s building blocks are in place. It will be an audience-focused, audience-driven, audience-supported multiplatform magazine brand that continues to include an annual print edition, plus much more. By audience, we mean you. But first, […]

Offleash is on iTunes!

To celebrate, here's a list of some of our favourite podcasts

Offleash, the Review’s podcast created by senior editor Viviane Fairbank and multimedia editors Allison Baker and Eternity Martis, is now on iTunes.     In honour of this, we made a list of some of our favourite podcasts: all songs considered by NPR Stuff Mom Never Told You by How Stuff Works The Backline – An […]

It's time to take action

Dear Canadian journalists, It’s time we have a serious talk. Yes, you are in trouble. It’s not you, it’s the Paul Godfreys of the world. They have pushed a noble profession closer and closer to falling into a black void of unemployment and no value, the Mount Doom for our seemingly cursed pens (or keyboards, if […]

The rise of the reader

In the ecosystem of the web, readers and journalists are now co-dependent species—a relationship we're still trying to grapple with

The former hierarchies of the journalism industry have crumbled by the weight of the digital realm, to be replaced by blurry parallel relations between journalists and readers. The result is evident in the record 10,600 readers who participated in the Toronto Star‘s annual “You be the editor” survey. Administered by the Star’s public editor, Kathy English, the “highly unscientific, […]