Why Rachel Pulfer, executive director for Journalists for Human Rights, spends 70 percent of her time fundraising. 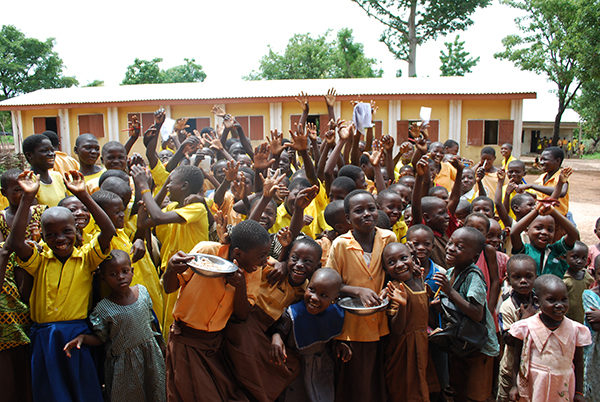 “There are days when I literally run out of bed in the morning due to the pressure of making payroll,” says Rachel Pulfer.

“In the first year, I had to manage and grow a million-plus budget in an environment where donor dollars are under enormous pressure,” says Pulfer. “Then there’s the pitch: Most private donors would rather support children, hospitals, chimps—but impoverished journalists?”

JHR is the only NGO in Canada specializing in rights media. Its mission is to make everyone worldwide aware of his or her rights. It does so by building the capacity of media by training journalists around the world to report on human rights and governance issues. Pulfer stresses that it fosters the exchange of professional skills between JHR staffers and journalists—creating a learning experience for both sides. But JHR’s major challenge is covering its core costs, salaries, and administration.

“Project finance in the non-profit sector tends to work at cross purposes to fulfilling the mandate,” says Pulfer. She quotes a recent grant proposal to make her point: granting agencies, foundations, and major donors like to “fund projects, but not project implementers,” meaning they’ll fund project activities but minimally fund the salaries of the staff managing the projects or the administrative costs. “That fosters a situation where the charity is under enormous pressure to take on more projects than it can realistically handle, in order to cobble together sufficient funds to keep high-quality staff at competitive salaries,” says Pulfer.

JHR relies on private foundations and government donor agencies to fund its large projects. (Historically, government grants have formed up to 80 percent of its annual budget.) But in November, Julian Fantino, Canada’s minister of international cooperation, fired a clear warning shot at aid agencies and those in the NGO community when he announced, “We don’t fund NGOs for life.” Then, last week, came the announcement that the Canadian International Development Agency is no more; it will merge with the Department of Foreign Affairs and International Trade to form the Department of Foreign Affairs, Trade and Development.

Pulfer says it’s difficult to see the larger implications of the CIDA-DFAIT merger at this point, but JHR is willing to work within the framework outlined by Fantino. She confirms that the merger will not affect CIDA’s current funding commitment to JHR’s youth internship program.

CIDA has been a significant supporter of JHR in recent years. JHR’s international operations are largely funded by grants from large donor agencies and foundations. In February 2010 JHR received two grants from the agency, totaling over $700,000 in two years: one to send 40 Canadians to Ghana and Malawi to assist local journalists covering human rights issues and work with journalism students and faculty at universities to produce rights media; the other to educate Canadian university students through rights media workshops about the significance of international development.

JHR’s domestic initiatives, such as online magazine Speak that showcases quality youth journalism, are financed by a combination of private donors, sponsorship, and volunteers. As Claire Hastings, director of fundraising and community engagement for JHR, says, “All of our projects have an element of private fundraising to support them.”

Donating funds is the most common way Canadians engage in social issues. Half of the population gives on a regular basis, and the Canadian Engagement on Global Poverty Issues poll found that, in 2012, human rights were among the top global issues concerning Canadians. Last year, JHR raised about 30 percent of its total budget of $1.4 million from private donations. This year, Pulfer is aiming for 40 percent, and hopes that number climbs to 50 percent in 2016.

JHR’s support from individual donors has remained consistent despite the economic climate. “We’ve been able to hold the line—at least in 2013—but that’s against the trend that many Canadian charities have experienced,” says Pulfer.

But despite generous donations from the public, a lack of money still threatens JHR’s initiatives. For the past year and a half, it has been working on developing a program to mentor Aboriginal journalists to cover human rights issues in Canada.

“Developments with Idle No More have shown an enormous need for more Aboriginal journalists to cover these stories from an Aboriginal perspective, as well as better bridges built between mainstream media and Aboriginal communities—both of which are needs our project aims to meet,” says Pulfer. Almost two weeks ago, JHR received the sought-after funding for the project. However, Pulfer says she is not at liberty to disclose the details until its official launch in late April.

Since 2011, a key focus of JHR’s programming is mentorship for media managers, showing them how to build business plans and tap into potential local markets of advertisers and sponsors to ensure their work is financially sustainable.

“In most cases, there is no real market—at least not yet—for the kind of quality journalism JHR is working to foster in target countries and communities. Until there is a local market that will do the work of supporting quality human rights journalism so we don’t have to, there will be a need for us to foster, mentor, and support it,” says Pulfer.

“Producing good rights media is very difficult and costly,” says JHR co-founder Ben Peterson, “I think there’s a lot of interest in it, but there’s a reluctance to produce it because it’s harder to do—it requires more time, money, and resources than really easy pieces of news—in a similar way to investigative journalism. When it’s done well, it’s very successful.”

Pulfer knows firsthand the importance of rights media coverage: “I grew up in developing countries where the media is weak (Lesotho, Swaziland, Papua New Guinea),” says Pulfer via email, “I saw the impact firsthand on what governments thought they could get away with—and did get away with—in the absence of a watchdog holding them to account.”

“One of my fundraising mentors told me to stay focused on the cause, and run my natural discomfort at the idea of asking people for money through the filter of the potential at stake for what could be done with that money,” says Pulfer. “When you think about fundraising that way, it becomes much easier.”

When Medical Post staff writer Pippa Wysong called Dr. Vivian Rakoff's secretary last August to try to talk to him about his...

I've known foreign correspondents who confess to becoming so addicted to war, they feel lost without a new one to...