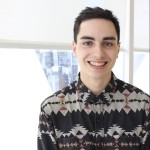 Jonah Brunet is copy and display editor for the Spring 2016 issue of the Ryerson Review of Journalism.

On the edge of ethics

Most journalists agree that native advertising is a moral void. But in order to boost revenue, the Globe tries to strike the right balance with Globe Edge

In the summer of 2014, The Globe and Mail narrowly avoided an editorial staff strike over native advertising—the practice of working with advertisers to create ads that resemble journalism. A leaked memo from Globe management to the paper’s union proposed a system in which editorial staff would write for advertisers, compromising, in the minds of many Globe reporters, […]

As industry pressures threaten to crush it, we reflect on Postmedia’s short life of dwindling funds

In 2008, Canwest Global Communications CEO Leonard Asper was perplexed. His business—once Canada’s leading media company—was failing, and he didn’t know why. Canwest stocks, once trading at $20 a share, were down to 60 cents. The purchase of Alliance Atlantis’s broadcast division, widely regarded as a savvy business move, hadn’t brought Canwest the boost he […]

The high cost of free information

John Dunn is on welfare. To journalists and other curious citizens using Canada’s free information laws to seek out public records, this is his greatest asset. For a small fee (Dunn is allowed to make only $200 per month while receiving government assistance), Dunn will file an access to information (ATI) request on your behalf. […]

On November 20, 2014, Tim Duncan received an access to information (ATI) request. As executive assistant to the minister of transportation and infrastructure, he was asked for all records relating to the Highway of Tears, a 724-kilometre stretch of B.C.’s Highway 16 between Prince George and Prince Rupert where, by some estimates, over 40 aboriginal […]

“Journalism is about relationships,” says Joey Coleman. And, walking with him on a sunny day through downtown Hamilton, I’m beginning to see what he means. At Dr. Disc record store, he stops to chat with owner Mark Furukawa—Coleman’s having issues with the sound equipment he uses to live stream council meetings at city hall. Furukawa […]

Six years after reporting on a B.C. surgeon whose patients had a troubling tendency to experience serious post-op complications, Kathy Tomlinson and CBC successfully invoked the relatively new defence of responsible communication to win a defamation lawsuit. Dr. Fernando Casses, who had his medial license revoked in Arizona before moving to B.C. to work as […]

Though journalism is often a competitive profession, White’s situation proves that it can be communal as well

When former Vancouver Magazine editor Michael White began his fundraising campaign last Sunday—$4,000 for travel and accommodations to visit the Spasmodic Torticollis Recovery Clinic in Santa Fe, New Mexico—he expected it to take at least a month. Twenty-four hours later, he’d raised more than he asked for, and the donations just kept coming. Now, at […]