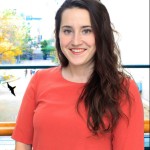 Stephanie Philp is the production editor of the Spring 2016 issue of the Ryerson Review of Journalism.

Charm will get you only so far

The new government is more open with reporters, but there’s no guarantee it will keep its promise to fix the flawed ATI act

The video is tightly framed around Justin Trudeau in the middle of a Montreal crowd, days before last fall’s federal election. Off-screen, a reporter’s voice says, “As recently as yesterday evening, your party was defending Mr. Gagnier’s actions—” Trudeau nods “—saying essentially that he played by the rules.” Trudeau nods again, tight-lipped and wide-eyed. Dan […]

What’s the news worth?

Stock prices are dropping and so is revenue. Here’s a look at some numbers that will help you make sense of it all

In his book Mass Disruption, John Stackhouse writes extensively about the effect of the digital revolution that’s been raging for the past decade. “If newspapers [are] to survive… old school [needs] to meet new school in a hurry.” Unfortunately, the industry doesn’t seem to be doing so well, what with La Presse and Nanaimo Daily News ceasing print earlier […]

What I learned at the 2015 FIPP World Congress

After squandering a few minutes in the lobby of the Sheraton Centre Toronto Hotel—so many elevators—I found myself deep in the bowels of the building facing a garish black and red plaid poster board archway that proclaimed “BEAVER LODGE.” I turned to pick up my badge from the matching plaid poster board-clad registration booth and soon clipped […]