Even when meddling politicians go after CBC’s independence, reporters and producers are often reluctant to stand up for themselves

Last spring, the Canadian Media Guild (CMG) began working the phones. For two days, union staff called academics and journalists, seeking speakers for a press conference and signatories to a letter they’d drafted. Proposed federal legislation, ensconced in omnibus budget Bill C-60, would allow the government to get involved in collective bargaining at Crown corporations, including CBC. The CMG, a union that represents 6,000 Canadian media workers, saw a problem in shortening the arm’s-length relationship the government is supposed to have with the public broadcaster. “To me, it wasn’t really hard to understand that an attack on CBC’s journalistic independence is really bad for the craft as a whole,” says CMG vice-president Lise Lareau. But the response left her wondering who could be counted on to stand up for Canadian journalism—the majority of people she called said no.

“The attacks are just going to keep coming,” says Lareau. And they have. While CMG was organizing to fight Bill C-60, another piece of proposed legislation threatened further changes at CBC. If passed, private member’s Bill C-461 will make the broadcaster more vulnerable to access-to-information requests, vulnerability that could extend all the way into reporters’ notebooks. But don’t expect to hear CBC complain. Afraid of compromising their professional commitment to neutrality, Canadian journalists are often reluctant to take a position—even when it’s self-defence.

Of course, CBC has not been entirely silent. On May 27, senior executive Maryse Bertrand appeared before the standing committee on access to information, privacy and ethics, lauding her employer’s record of transparency and insisting that C-461 is unnecessary. But apart from a page on its website outlining its stance on the bill, CBC has not appealed to the public—in any way. “To be honest,” says Karen Wirsig, a CMG organizer, “the news organization has not covered this story.”

When C-461 did make headlines, on June 5, it was for another reason: amendments made by the ethics committee gutted the bill so thoroughly after it passed second reading that its already-disgruntled sponsor, Edmonton-St. Albert MP Brent Rathgeber, quit the Conservative caucus that day. Under section 68.1 of the federal Access to Information Act, CBC receives what’s known as an exclusion—the right to withhold information—covering everything other than that relating to “general administration.” C-461 proposes changing that exclusion to an exemption. This slight lexical distinction would have important consequences: suddenly, the onus would be on the broadcaster to prove that releasing requested information would endanger its “journalistic, creative or programming independence.” 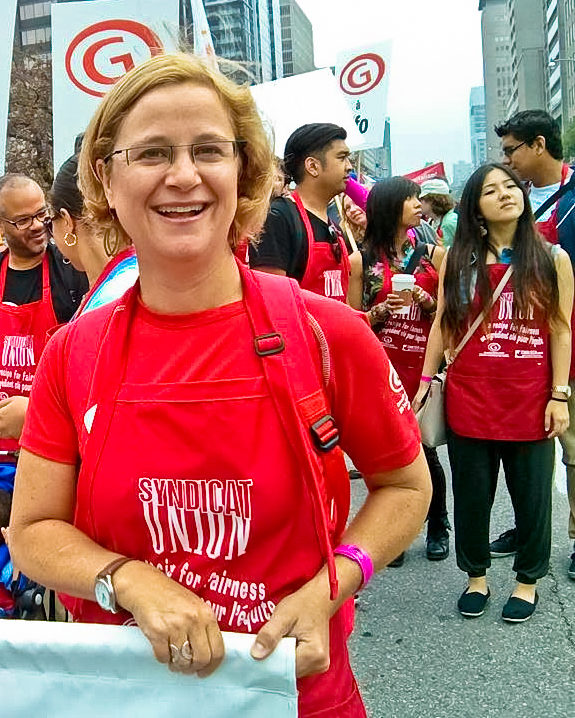 Rathgeber’s motivation for introducing C-461 comes from his passion for government accountability. The MP argues that his unamended bill would have protected sensitive CBC documents related to its reportage while exposing things like Christmas-party expenditures and the size of the broadcaster’s fleet of vehicles. But one of the ethics committee’s changes was the addition of a new exclusion that would allow CBC to withhold all information related to its journalistic sources.

For the bill’s critics, this is still not enough. “Investigative work is not always about inside sources and brown paper envelopes,” says CBC Radio reporter Bob Carty. He fears that the privacy of journalists’ budgets, travel records and research materials, protected under the existing act, would become less secure under C-461.

His belief that reporters’ personal lives should reflect their commitment to neutrality prevents Carty from protesting publicly or signing petitions, but he makes an exception for issues that deal with freedom of speech and sits on the board of directors of Canadian Journalists for Free Expression. “I feel I have a special responsibility to that human right,” he says. “A lot of journalists don’t get that.” Lareau also sees the need for reporters to protect the rights fundamental to their work: “Where have we all signed on to some doctrine that says journalists cannot fight and speak out about an issue of their profession?” 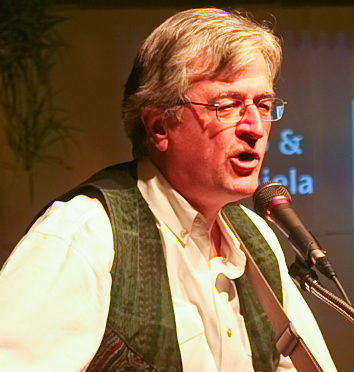 To defeat C-461, no fighting or speaking out may end up being necessary; on November 22, Rathgeber proposed further amendments that would remove any mention of CBC from the bill. And he still holds a wild card: he can elect to withdraw C-461 altogether. For now, the bill is scheduled to reappear in Parliament, on February 7, 2014, for another hour of debate before MPs vote on it. Should the yeas overwhelm the nays, C-461 will head to the Senate. If CBC still intends to ask for public support, it isn’t letting on. “Don’t get your hopes up,” media relations manager France Belisle tells me when I call asking for an interview with Bertrand. She directs me to CBC’s website and a copy of the executive’s speaking notes from her appearance before the ethics committee. “I don’t really see what more can be said.”

“Pedroia…makes the play…throw home, two out, over to third, it gets away, Allen Craaaiiiig…is gonna come to the plate, here’s...

I’m With the Band

Last summer's Eden MusicFest, held just northeast of Toronto, was the largest music festival in North America since the original...