What’s yours is mine

Plagiarism in academia, or even news writing, may be easy to prove. But for columnists, the line is not as clear. Is it still plagiarism when they’re stealing ideas instead of words? 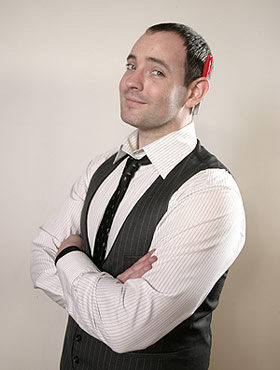 After The Globe and Mail’s Margaret Wente wrote a column about the risks of talking on a cell phone while driving, it didn’t take long forsomeone to notice it seemed very similar to one by Maureen Dowd that had run in The New York Times the day before. The NYTPicker, a website that follows the Times, cited Wente for “uncredited reporting,” structural similarity and lifting quotes. Both columnists quote psychologist John Ratey and cite research by David Strayer. Both make reference to their mothers. And both take advantage of their own experience with distracted driving. Dowd opens with a scene on the road. She’s driving, she’s on her cell phone and she rear-ends the car in front of her. Ditto Wente, except she narrowly escapes collision. Dowd closes her column with the theory that our short-circuited attention spans crave this constant diversion. Wente has a similar premonition at the end of her column.

Plagiarism is a form of theft, but the specifics can be tricky. There’s no copyright on the news. And it can be impossible to trace the origin of an idea. The Washington Post’s Richard Cohen has referred to columnists as “literary kleptomaniacs” because of the contents of their pockets—”notes on napkins with mysterious origins that come from someone else.” Once rewritten, he says, ideas take on new ownership.

Columnists, in particular, can argue semantics and get away with it. Apologists such as Cohen, who make theft seem romantic, aren’t helping the cause. Editors can be a little too reverent with the copy, especially if the writer is famous or popular. And when writers are constantly told they’re brilliant, says the Globe’s Rick Salutin, they’re more likely to believe they are the genesis of every idea. So columnists aren’t running low on ego—or excuses.

But that doesn’t mean they always have something to say. National Post columnist Barbara Kay contends that both Dowd and Wente are guilty of coming to “predictable conclusions” and writing on “automatic pilot.” That’s understandable, she says: “Why not, when they are in print so often?” Wente writes three columns a week, so Kay, who appears weekly, is sympathetic. “I let her get away with a clone-like cousin column to Dowd’s.”

Another Globe columnist, Christie Blatchford, once quoted Michael Forber: “I only have a finite number of words in me.” Since being pithy and insightful so often isn’t easy, Salutin says there ought to be an opt-out option for people with “nothing to say today.” Don Obe, former columnist and editor at Toronto Life, agrees. Obe admits to “begging off” his column on a few occasions, but says postponing it is better than theft. “One is embarrassing, the other is a literary crime.”

Still, Craig Silverman, author of Regret the Error, won’t include Wente’s transgression on his blog’s annual plagiarism round up. If she is guilty of anything, he says, it’s stealing ideas, not words. Intellectual theft is a much more forgivable sin, he says, “but it sure as hell isn’t good journalism.”

Wente, who declined to be interviewed for this story, isn’t alone. In fact, Dowd has also faced accusations of plagiarism. She told The Huffington Post that she’d inadvertently taken the quote in question from Josh Marshall after a friend mentioned it to her “spontaneously.” Boston Globe columnist Mike Barnicle took jokes, of all the banal things. Among Wente, Dowd and Barnicle, only Barnicle lost his job. But it wasn’t his first offence. He was then hired by the Boston Herald and is now a commentator on MSNBC’s Hardball.

All plagiarism takes is an ego and a slack newsroom culture. Newsrooms do a lot of preaching about ethics and almost nothing practical about it, says Silverman. “My mother works at a kindergarten to Grade 12 school and it has more anti-plagiarism methods in place than the average journalistic organization.” Repeat offenders aren’t unusual at newspapers, since lax practices make the habit easy to acquire. And if the Barnicle case is any indication, it’s not difficult for the accused to find new work.

Thorough background checks are rare, especially for big names with a fat set of clippings. Most errors caught before publication are found by copy editors, and by chance, says John McIntyre, who worked at theBaltimore Sun copy desk for 23 years. One of the paper’s copy editors discovered that a Sun reporter had lifted passages of description about a town while verifying the spelling of the town’s name from the cribbed source. The offending reporter had just attended a newsroom workshop on preventing plagiarism.

The best guard against plagiarism is an editor’s common sense. In “Lying, cheating and stealing,” McIntyre’s draft of a Sun copy editing policy-turned-blog post, he cites Jack Kelley’s fabrication at USA Today as a particularly glaring example. “When Kelley claimed to have seen human heads rolling down the street, their eyelids still blinking,” writes McIntyre, “it would have been good for the paper if the editor had said, ’What the hell?’ and followed up.” Thankfully, a copy editor was paying attention and this detail never went to press.

Plagiarism can be as obvious as Kelley’s blinking corpse or, McIntyre notes, in a sudden change in diction or syntax. And if a tenured columnist, who last received accolades before the advent of the internet, is inspired, editors should proceed with caution. The same goes for a dull writer who suddenly sounds influenced: “Lifting is likelier than infusion from the muse.”

Writers should also be wary, since unintentional plagiarism—a stolen passage sneaking into your notes and mistaken for your own—is a famed excuse. Obe doesn’t buy it. “If you can’t recognize your own prose from someone else’s,” he says, “you’re not a writer.”

This method might have flagged Salutin’s one act of plagiarism, which still goes unnoticed. In Grade 6, he lifted a phrase from his Big Book of Baseball: “the sound of hardened ash meeting horsehide.” Instead of questioning the sophisticated writing of a sixth-grader, the teacher asked him to read it to the class. Salutin recently discovered that the cliché originated elsewhere. Apparently he wasn’t the first to steal it, but he’s felt guilty ever since. This is his first published confession.

The Wrong Arm of the Law

When Juliet O'Neill's garbage went missing from the curb one Wednesday morning in January 2004, theOttawa Citizen reporter suspected something was...

Vancouver’s Downtown Eastside Is Easy to Sensationalize, Hard to Explain

Francis Monroe McAllister lived in Vancouver’s Downtown Eastside and died alone outside on a snowy night when the 650 shelter...