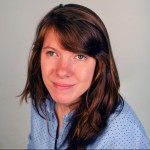 The power of language: voices for the disabled community

My mother has always told me that I should do whatever possible to be a voice for the disabled community. At one of my lowest points on my journey to self-acceptance, she made me attend a leadership conference with the hope of building my confidence. While there, I reconnected with my childhood friend Chantelle Fogarty-Griswald. […]

One of a Kind

Whether posing with an Italian regatta team or commanding a masthead, Linda Lewis was in a class of her own

Whether posing with an Italian regatta team or commanding a masthead, Linda Lewis was in a class of her own

TEASER: One of a Kind

In lieu of recent events around Leslie Roberts and Amanda Lang, we spoke with CAJ president Hugo Rodrigues, National Post journalist Tristin Hopper and PR specialist and co-founder of On Q Communications, Tanya Dodaro about conflict of interest and if and when journalism becomes PR.

When CBC first announced its intention and approach to investigating the Jian Ghomeshi scandal, it seemed to be more of a public relations stunt than anything else. To me, it seemed more to protect itself than those who have experienced harassment at the hands of the corporation’s superstar. In fact, the investigation plan was so […]

It’s long been a tradition in Ottawa for the prime minister to, every now and then, brave the eager scrums that form in the lobby of the House of Commons and answer a few questions. Brian Mulroney would climb a few stairs up what some on the Hill know as the “Stairway to Heaven” and, […]

Television news has been hit hard by layoffs and station closures. But earlier this year, employees at one Victoria broadcaster fought back—by buying the station and becoming their own bosses. Can this model save local news?

On a Friday afternoon late this past summer, Scott Fee, an anchor for Victoria’s CHEK News, sat waiting to tape what might have been the station’s final 5 p.m. newscast. Over a month earlier, Canwest Global—the station’s cash-strapped owner since 2000—had announced that it planned to shut down the money-losing station. Employees had been trying […]

Kathy Gannon criticizes the international presses' coverage of Afghanistan—from military censorship to out right laziness, they've been getting their facts wrong since 9-11...

Kathy Gannon is the chief designate of the Associated Press Iran bureau, and was the AP correspondent in Pakistan and Afghanistan from 1986-2005. She has covered Afghanistan for nearly 20 years, including the seizure of power by the Taliban in 1996 and its defeat in 2001. She is the author of I is for Infidel, a book about her experiences in Afghanistan, […]

The Faith and Films of Simcha Jacobovici

Tenacious, courageous and brazenly self-assured, Canada's top documentary filmmaker thinks of himself as an op-ed writer with a camera

Simcha Jacobovici’s black and white limo pulls up to a red carpet outside the Princess of Wales Theatre. Floodlights roam the downtown Toronto skyline as he and his entourage-wife, sister, mother and in-laws-arrive at the reception for the screening of Hollywoodism: Jews, Movies and the American Dream, a film he codirected and produced. In front of the […]