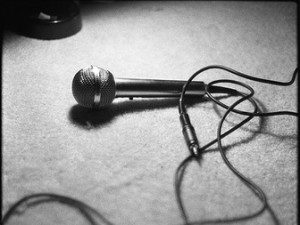 It’s long been a tradition in Ottawa for the prime minister to, every now and then, brave the eager scrums that form in the lobby of the House of Commons and answer a few questions. Brian Mulroney would climb a few stairs up what some on the Hill know as the “Stairway to Heaven” and, looking ever dignified above the fray, answer those questions he felt were appropriate. Jean Chrétien also had his unique method of dealing with the chorus of reporters&mdash;many felt he kept a list in his head of journalists to avoid. Mulroney also left an impression that he maintained a mental list of reporters to subject to his “deep freeze.” But Stephen Harper’s government, says Rob Russo, The Canadian Press’s Ottawa bureau chief, has gone even further. “This is a PM who wants a list in his hands, and if not in his hands, then in the hands of a trusted aide.”

The list, which reporters say is now standard practice under the Conservative government, requires reporters to submit a request to the prime minister&rsquo;s press secretary in order to ask the PM a question in public. Russo says the list is supposed to work on a first-come, first-served basis, but he’s heard “people who work for the PM say, ‘This reporter will never get a question in as long as I’m running the news conferences.'”

The list is just one of numerous techniques being employed by the Harper government that reduce press freedoms in the country. This is reflected in a report released by Reporters Without Borders (RSF) in October, which indicated Canada’s standing on the organization’s press freedom index had dropped from 13 last year to 19. In 2002, under the Chrétien administration, Canada ranked fifth.

Dennis Trudeau, spokesman for RSF, says part of the decline is due to more legal challenges to journalists’ rights to protect their sources and the rise in the number of strategic lawsuits against public participation (SLAPP suits). But for reporters seeking information in Ottawa, a bigger issue is the administration of the Access to Information Act, which ostensibly allows anyone willing to pay $5 to request files held by the federal government with an expectation of a response within 30 days. 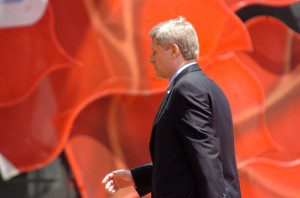 Public interest researcher and freelance Hill Times columnist Ken Rubin suggests that outright procrastination, inefficient staff, poor attitude and hundreds of loopholes are among the reasons for the frequent failure of the 26-year-old legislation. “There’s no will to facilitate rather than deflect, delay and deceive,” he says. “It makes us look like a Third World country when we treat information the way we do.” The Harper government was given an opportunity to expand and modernize both the act and privacy laws in October by adding provisions that included giving the information commissioner more authority to make the government release information in a reasonable amount of time. But the recommendation by a Commons committee was quietly rejected by Justice Minister Rob Nicholson.

Simple inquiries to the government outside the realm of the Access to Information Act have also been futile. Reporters complain that no matter how innocuous their questions are, every answer must go through a constricted process that takes too much time and often results only in a short, uninformative e-mail. “We just get bits and pieces,” says Hélène Buzzetti, president of the Parliamentary Press Gallery in Ottawa and a reporter for Le Devoir in Quebec. “It’s all spread out, it’s not thorough and at some point you don’t know what to think anymore.” Buzzetti, who has worked on the Hill for 10 years, has been trying to discern since January how much of the economic stimulus package has been spent, but has so far only received ambiguous responses. “This is government information that is being taken by the political party in power for their own purpose and agenda,” she charges. As a result, she says, many reporters are forced to rely on government spin, which affects the accuracy and quality of information the public receives.

In the past, reporters had additional opportunities to acquire information from the prime minister and cabinet ministers after cabinet meetings, but this practice has become difficult. “We don’t even know when they are being held anymore,” says Richard Brennan, parliamentary reporter for the Toronto Star and past president of the National Press Gallery. And even if the press does find out, says Brennan, reporters are no longer allowed onto the third floor, where the meetings are held.

Despite these roadblocks, Russo suggests the challenging conditions are forcing good reporters to get even better. “I always tell young reporters to go for the wallflowers—people who don’t have fancy names after their titles. Everybody wants to dance with a cabinet minister. Reporters need to go to the edge of the dance floor to find the people nobody wants to dance with.” This, he says, includes public servants, diplomats, the lobbying community and other people the government talks to. “They need to sense you’re serious and you’re trying to add value to journalism,” he adds. “You’ve also got to be worth their time and provide them with information they want.”

It’s unlikely the situation in Ottawa will change anytime soon. According to Mary Agnes Welch, president of the Canadian Association of Journalists, “This balloon of control keeps on expanding and it’s getting really worrisome. What will change this behaviour is when the public catches on.” However, because journalists “are reluctant to do whiny stories,” Welch says this issue has not received as much attention as it merits.

Not surprisingly, the PMO could not be reached for comment.

Frankly it seemed like a perfect story. It was a barbed, somewhat nasty tale, and it made all the right...

Ceri Marsh looks like a giddy 16-year-old, with her high ponytail, sleeveless T-shirt, and long denim skirt. Sitting at the...