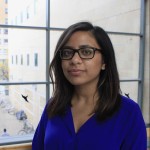 Carine is the senior online editor of the spring 2016 issue of the Ryerson Review of Journalism.

Reflections on being a journalist who didn’t grow up Canadian.

Steve Paikin isn’t afraid to be boring if it means smart television. Now, his show, The Agenda, hopes its punchier digital strategy is a winner

Steve Paikin isn’t afraid to be boring if it means smart television. Now, his show, The Agenda, hopes its punchier digital strategy is a winner

The Review would like to thank the following organizations for donating items towards the Review’s 2015 fundraiser event.

Many articles on Canadian satirical news sites are fictional, but there’s still plenty of truth in them

Five writers gather in a dimly lit room on a Sunday evening. Black shutters and posters line the deep purple walls of the second floor of The Central, a Toronto bar. Classic rock bounces up from the deserted first floor and a faint smell of urine wafts from the nearby bathroom. Three writers sit around […]

The Washington Post wants to put “wheels on luggage,” not a man on the moon

Snapchat: From the home to the newsroom

In the second of RRJ's two-part series on "Journalism via Snapchat," Carine Abouseif looks at how Canadian journalists are using the app to create news stories

The little ghosts of Snapchat have been taking over my Twitter feed this last month. We’ve talked about how Snapchat is being used for a kind of citizen journalism. But not much has been said about how professional journalists and news outlets are using the app—at least not in Canada. These little white ghosts on […]