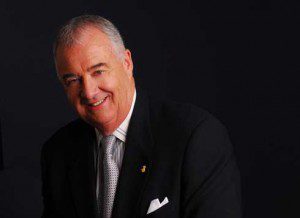 Peter Legge is a wildly enthusiastic man. The chairman and CEO of Canada Wide Media Ltd. says he has an “exceptional circulation department,” “exceptional sales people”—just an “exceptional staff” altogether. But he has reason to be optimistic: Canada Wide (CW) is the largest independent magazine publisher in Western Canada. And the 66-year-old’s family-run company now has annual revenues of $30 million, employs 131 people and reaches about six million readers in print.

It all started over three decades ago. Fired from his job as the general sales manager of a Fraser Valley radio station in 1976, Legge was heavily in debt and, with a wife and young daughter at home, he had to make his next move fast. When he heard about a bankrupt magazine called TV Week, he bought a 50 per cent share for $76,000 and became publisher.

Magazine consultant D.B. Scott says publishing tends to be easier with several titles. Demand for TV guides has decreased with the Internet and digital programming guides, so if Legge had stuck to just TV Week, “he’d be bust now,” speculates Scott. CW started Granville for $130,000, instead of the approximately $2 million it would have taken a new publisher without the necessary infrastructure. In addition, standalone publications often exist at the whim of “a single rich person,” Scott says, “who, if they change their mind, gets to pull the plug.” This happened to the Western Standard and Toro, for example, and the magazines folded. If one of CW’s products fails, the others will survive.

The company’s magazines may not be the best in the field, says Scott, but they are “fine for what they are.” And he points out that Legge is unusual because he has stayed an independent publisher rather than selling out to a printer or wireless company.

CW remains one of the few companies with consumer, custom and trade publications. Custom publishing seems more lucrative than consumer magazines because it’s easier to sell ads, but it’s not an easy business because all decisions come from the clients. Scott says, “You can get clients from hell.” Running magazines focusing on special interests, CW can get the same audience reading several books from the company. The publisher doesn’t put out general interest magazines and doesn’t intend to start—and Legge doesn’t wish to expand the family operation out of Western Canada either.

Legge, who moonlights as a motivational speaker, author and community leader, and his wife Kay, own 75 per cent of CW. Eldest daughter Samantha Legge is the vice president of marketing and digital media, and publisher of Granville and TV Week; her sister Rebecca, former general sales manager at BC Business, has been appointed to media sales for all products beginning April 14. Samantha believes CW’s strength is Western Canadian–based, local publications. “It’s our niche—it makes our magazines interesting to readers,” she says. “We want to do local best.”

CW operates out of one office in Vancouver, and its 99 North magazine recently folded because the company needed to employ someone full time in Whistler, B.C. “We couldn’t run it out of Vancouver,” Legge explains. “We thought we could, but we couldn’t.”

Among Canada’s biggest publishers, only Transcontinental is a player in the West. Its Vancouver Magazineand Western Living are regional publications that are comparable to national ones. “Whether CW has any magazine that can get to that size, I’m not sure,” says Marco Ursi, editor of Masthead, who adds that being alone in the “ second tier” gives the company an edge.

But CW isn’t immune to competition. Its Garden Wise faces Gardens West, BC Business battles Business in Vancouver and TV Week sits next to People and Us Weekly on newsstands—and American magazines spend heavily for good positions. When the Canadian edition of Hello! magazine launched, Samantha was informed it spent $100 per pocket per store. CW spends considerably less per pocket, so TV Week lost its preferred spots. “We can’t compete against that kind of money,” says Samantha.

CW is now trying to carve out a strong online presence to win people’s attention. In January 2007, the company started its own digital department, which now has six employees. Shannon Emmerson, the director of digital media, says despite its late entry, it is doing really well, taking a different approach with plans to create fresh content solely for the sites. CW will also work on marketing its websites through cross promotion in its magazines and e-newsletters.

Despite its success in the Western Canadian publishing industry, CW rarely pops up in the papers. And Samantha Legge admits the company is not as widely known as it could be, simply because the family hasn’t aggressively marketed CW as a brand. That’s the next step.

For Peter Legge, the secret of success is this: “As you sow, you shall reap—if you sow good habits, loyalty to staff and integrity, good products, it works.” And remember, he says, enthusiastic as always, “It’s not all about the money.”

Rachel Barsky was the Production Editor for the Summer 2008 issue of the Ryerson Review of Journalism.

Rachel Barsky was the Production Editor for the Summer 2008 issue of the Ryerson Review of Journalism.

Mental health: why journalists don’t get help in the workplace

By Megan Jones In the early afternoon, fear crept in and drove Dave Seglins back to bed. Now he’s coming...

Reflections on the politics of capitalization.