After editor-in-chief Dana Robbins unleashed "The Revolution" at The Hamilton Spectator, readership numbers went up. While the Canadian Journalism Foundation recognized the effort, the newspaper industry as a whole hasn't

Dana Robbins can’t sleep. The Hamilton Spectator‘s editor-in-chief is worried and excited about how readers will respond to the changes that will appear in the next morning’s paper. Actually, he hasn’t been trying all that hard to sleep. He just got home half an hour ago – at 3 A.M. – because he chose to stay at work and watch the first few papers roll off the press. In a few hours, he’ll make his way back to the office, only to be greeted by a four-piece jazz band and a radically different Spec.

Readers had known for some time that “The Revolution” was coming on October 1, 2003. They’d seen the billboards and read plenty about it in Robbins’s columns – and some weren’t happy about it. Their traditional six-section newspaper was reduced to just four sections: News, Sports, Classified and GO, a magazine-like catchall containing lifestyle, fashion, entertainment, food and health. “We had lots of pushback from many of our older readers who didn’t want to see their paper change,” says Robbins. “We had hundreds and hundreds of calls in the first three months.” 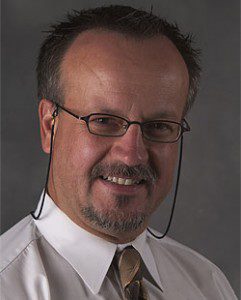 Despite the firestorm, Robbins knew something had to be done to reverse declining readership – a trend happening at all Canadian newspapers. Rather than trying to lure in new, younger readers, the Spec took an unorthodox approach by looking for ways to increase readership with the subscribers it already had. Circulation wasn’t the problem because people were still buying the paper. The problem was the paper would go straight to the blue box without being read. So, after identifying two specific sets of readers on which to focus – baby boomers and women between the ages of 25 and 49 – the newsroom spent eighteen months deciding how to better reach them.

The results were encouraging. A year later, readership was up 6.3 per cent overall and even higher for both boomers and women. “If the readership is going up, then it’s the only newspaper in Canada that has achieved this,” says John Miller, a journalism professor at Ryerson University and author of Yesterday’s News: Why Canada’s Daily Newspapers Are Failing Us. “Even if the readership stays flat, it’s a success.”

The Spec has received international acclaim for its changes. Editors of newspapers from the U.S. and even as far away as Norway have put in requests to Robbins and managing editor Roger Gillespie to come and share their experiences and knowledge. Randolph Brandt, editor of The Journal Times in Racine, Wisconsin, says he was motivated to intensify change at his newspaper after hearing Robbins speak at an American Society of Newspaper Editors event. “I didn’t want to alienate regular readers, but when I saw the Spectatorand all the changes that were made very quickly and heard Dana speak on it, I just decided to do it all at once,” he says. “I’m glad I did because we immediately saw reader increases for our target audience.”

Robbins, 45, has become an evangelist for change at newspapers, which is unusual for someone who has spent most of his professional career in one organization. He grew up in Red Lake, a little mining town about 600 kilometres northwest of Thunder Bay. His father was a miner and his mom worked in restaurants and stores to help make ends meet. In 1978, he entered Ryerson’s School of Journalism. Upon graduation, he interned at the Spec, then left to pursue freelancing and found work for some community weeklies. But by 1984, he was back at the Spec, and he hasn’t left since. “It makes me somewhat of an oddity in our industry nowadays,” he says.

Something else that makes Robbins an oddity is his willingness to experiment, even though some strategies are risky. For example, the series “Poison,” written by Jon Wells in 2003, was a 90,000-word story about a local man who poisoned his wife and business partner. Even though research suggested people don’t have the time to read long-form journalism, the Spec ran the series for five weeks straight, with two pages dedicated to the story on weekdays and six pages on Saturdays. The gamble paid off. Newsstand sales increased by five per cent during that five-week period, and the Spectator won a 2003 National Newspaper Award in the Special Project category.

The Spec has since produced a few more multi-week series. Robbins welcomes ideas from everyone in the newsroom when deciding what the next big series should be. “The bar is high under Dana,” says special reports reporter Fred Vallance-Jones. “There’s the opportunity to be that pole vaulter – a sense that if you want to grab that pole and push yourself up over that bar, you’re going to be given the opportunity in this sport to do that. That’s one of the most gratifying things about working here.”

Robbins also sets the bar high when it comes to serving the community. The Spec recently initiated The Poverty Project, a full-time beat, the goal of which is to reduce poverty in Hamilton. Articles profile poor families in the community and focus on issues that contribute to poverty. “We are doing this because we believe that there is nothing more pressing in our community, no greater obstacle to Hamilton reaching its fullest potential,” Robbins wrote in his October 29, 2005 column.

Robbins recognizes that taking such a strong advocacy role leaves the paper open to criticism, but he doesn’t have a lot of patience for carping. “The Spectator has published in this community for 160 years,” he says. “We have a financial, intellectual and emotional investment in this community. We’re not dispassionate observers of the city of Hamilton. This is our home. There is no one who cares more about Hamilton than the Spectator.”

Nor is Robbins a dispassionate observer of the newspaper industry. When faced with readership decline, he looks beyond previously employed and tired formulas. “That is a very encouraging sign,” says Len Kubas, president of Kubas Consultants, a newspaper marketing research and consulting firm. “Many newspapers, when facing difficult and challenging times, respond by hunkering down, cutting costs and whacking staff.”

Robbins has certainly transformed his beloved Spec, and his efforts have not gone unnoticed. His paper won the Canadian Journalism Foundation’s 2004 Excellence in Journalism Award. Yet it’s more difficult to say whether he’s achieved his goal of “reinventing the contemporary newspaper.”

Circulation is up, interest is up and awards are up, but Robbins still hasn’t tackled the one issue that has flummoxed newspaper executives for a generation: How to attract new, younger readers?

Peter Desbarats, chair of the CJF selection committee, is impressed by the Spec‘s efforts, but he is hesitant to acknowledge that its pioneering work will affect Canada’s journalism industry as a whole. “That would only happen if the owners of most Canadian newspapers were looking for ways to improve their newspapers and to provide a little more time and money to their newsrooms,” Desbarats says. “I haven’t seen much evidence that that’s true.”

With files from Brendan Edwards.

Shout It All Out

The first snowstorm of 2005 can't stop Alex from speaking his mind. He enters the Speakers Corner booth on Queen Street West in downtown...